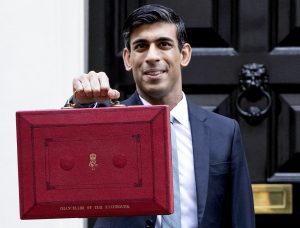 The UK Budget marks a return to Tory austerity cuts – failing to deliver the investment required to tackle the Tory child poverty crisis and deliver a fair recovery.

Responding to the Budget, SNP Westminster Leader Ian Blackford said Rishi Sunak had “failed to deliver the meaningful change and investment needed to build a fairer society” and had imposed damaging Tory cuts including a public sector pay freeze, cliff edge cuts to Universal Credit, and tax rises for millions of workers.

The SNP Westminster Leader said it was clear “Scotland faces a choice of two futures” – the long-term damage of Brexit and Tory cuts at Westminster, or the opportunity to secure our place in Europe and a strong, fair and green recovery as an independent country.

“The Tories are threatening Scotland’s recovery with a return to austerity cuts, an extreme Brexit, and a Budget that completely failed to deliver the meaningful change and investment needed to build a fairer society.

“The UK has suffered the worst economic slump of any major economy, UK unemployment is rising, and millions of families have seen their incomes slashed – but the Chancellor has added to this misery by imposing a public sector pay freeze, cliff edge cuts to Universal Credit, and tax rises for millions of workers.

“Covid has exposed the deep inequalities that exist under the broken Westminster system but the Tory Budget failed to address them. A decade of Westminster cuts have pushed 4.2million children into poverty but there were no measures to reverse the growing Tory child poverty crisis, no plan to raise statutory sick pay or introduce a Real Living Wage.

“Millions of people have been left behind by the Tory government throughout the pandemic – and this budget failed to plug the gaps for the 3million excluded and failed to deliver a commitment that full 80% furlough support will be available for as long as the devolved nations need it.

“Boris Johnson’s extreme Brexit has already cost Scotland’s economy £3.94billion and is projected to cost every person the equivalent of £1,600 in added costs, red tape and barriers to trade with Europe but while Ireland is getting €1.05billion from the EU’s Brexit mitigation fund – Scotland isn’t getting a single penny from the UK government.

“It is clear that Scotland faces a choice of two futures – the long-term damage of Brexit and Tory austerity cuts at Westminster, or the opportunity to protect our place in Europe and build a strong, fair and green recovery as an independent country.

“The issue at the election in May will be this: who has the right to decide what sort of country we should be after the pandemic – the people of Scotland or Boris Johnson? With both votes SNP we can put Scotland’s future in Scotland’s hands – not Boris Johnson’s.” 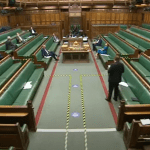 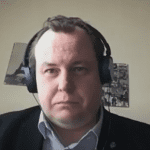