As your MP I have challenged the UK Government after another broken manifesto promise was revealed when the BBC announced it will end free TV Licences for the over 75s.

The Tories further attack on pensioners’ incomes will see over 3.7 million pensioners who currently receive a free TV licence having to fork out to pay for the licence.

Earlier this year the UK Government broke a promise to pensioners with a change to Pension Credit which came into force on 15 May 2019 and meant that both partners in a couple need to reach state pension age to claim pension credit or pension age housing benefit.

This change was brought in via a Statutory Instrument with no scrutiny procedure whatsoever. The SNP consistently called for the UK

Government to give Parliament time to debate and vote on this change – which comes from an Act that came into force seven years ago. Appallingly the Government refused and have defended this cut which is blatantly pushing more pensioners into poverty.

And now we see the BBC have said free TV licences will only be available to households with one person aged over 75 who receives pension credit, in a move that contradicts the 2017 Tory manifesto.

The party had promised to maintain pensioner benefits, including free bus passes, eye tests, prescriptions and TV licences, for the duration of this Parliament.

The SNP will continue to call on the UK Government to bring this issue back to Parliament where it can be debated, as it is clear that TV licences for the over 75s must be funding by the UK Government. 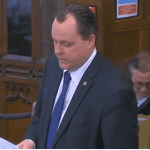 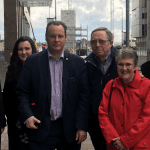