Yesterday, I spoke in the Summer Adjournment debate for the SNP– the last debate before the Summer recess.

This debate is an essential opportunity for members to raise issues in the House of Commons that matter to their constituents and a more lighthearted chance for members to debate before the summer.

I started my speech by paying tribute to the Scotland national team for qualifying and their efforts during Euro 2020; I also playfully joked that given Scotland’s recent success at penalty shoot-outs and England’s less successful recent history, that may be a good way for Scotland to settle the independence question.

On a more serious note about Euro 2020, I commented on how disturbing I had found it that UK Govt Cabinet Ministers found themselves at the wrong end of a culture war with the England team. A football team that had been such a credit to their nation with their heroic efforts. It was utterly despicable the racism some of their players were subjected to following the final, and I called on every member of the House to take the opportunity to condemn it.

The debate is also Members time to try and hold the UK Government to account for its record.

I started by highlighting the recent Building Safety Bill. I am pleased the Government are listening to the industry on this. Companies such as Bell Building Projects Ltd in Glasgow South West specialise in cladding removal. They have highlighted the struggle of the industry to get the appropriate indemnity insurance to carry out the work. The Government seem to have moved substantially with a Government-sponsored scheme.

Sick Pay for workers was another critical issue I wanted to highlight in my contribution. The Government need to revisit its level of sick Pay. It was clear that for too many workers during the pandemic, that they were faced with a horrible decision to turn up to work or self-isolate and lose out financially.

Equally essential to raise was the desperately ill-thought-out proposed £20 cut to the Universal Credit uplift. I called on the Government to use the recess as an opportunity to rethink its decision. New analysis that will be published by the Independent Food Aid Network and Feeding Britain will show that in 2020 the relative poverty rate for individuals in a family where someone is disabled was as high as 31%.

In my contribution, I also took the opportunity to call on the Government to come to its senses and resolve the industrial disputes in the DVLA. It is frankly incredible and a disgrace that ministerial interference stopped a proposed resolution between DVLA officials and the Public and Commercial Services (PCS) union. The Government must apologise for that.

Holiday Hunger is also an issue we were all sadly too aware of. That is why I was pleased to use the debate as a chance to pay tribute to some organisations in Glasgow South West who are currently doing fantastic work in this area, including Drummoyne Community Council, Crookston Community Group, and G53 Together.

Sadly, it is regrettable that all these years later, since I first called for justice for the 1950s born WASPI women, I found myself still having to do that in the debate yesterday. However, I do it this year following a positive victory for the 1950s-born women this month and hopefully a signal of a more positive outcome going forward for these women.

Credit for this result must go to 1950s campaigners across the UK, however, I wanted to pay particular tribute to the WASPI Glasgow and Lanarkshire group. They have been such a local force, and it’s been a pleasure to work with them. I especially congratulated Rosie Dickson and Kathy McDonald, who lead those women superbly.

I also could not finish this Parliamentary term without again paying tribute to the campaigners who joined me at Kenmure Street to stop the deportation of fellow Glaswegians by the Home Office. The action that day was completely unacceptable by the Home Office, and Glasgow has spoken to say we will not accept illegal dawn raids in our city. I hope the UK Government is listening.

I hope you all have a lovely summer, but please rest assured my office remains here and available should you need help or assistance. Just get in touch. I also will be out and around the constituency in the coming weeks catching up with local organisations and taking part in summer activities. 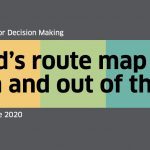 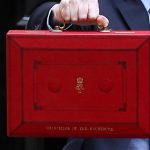