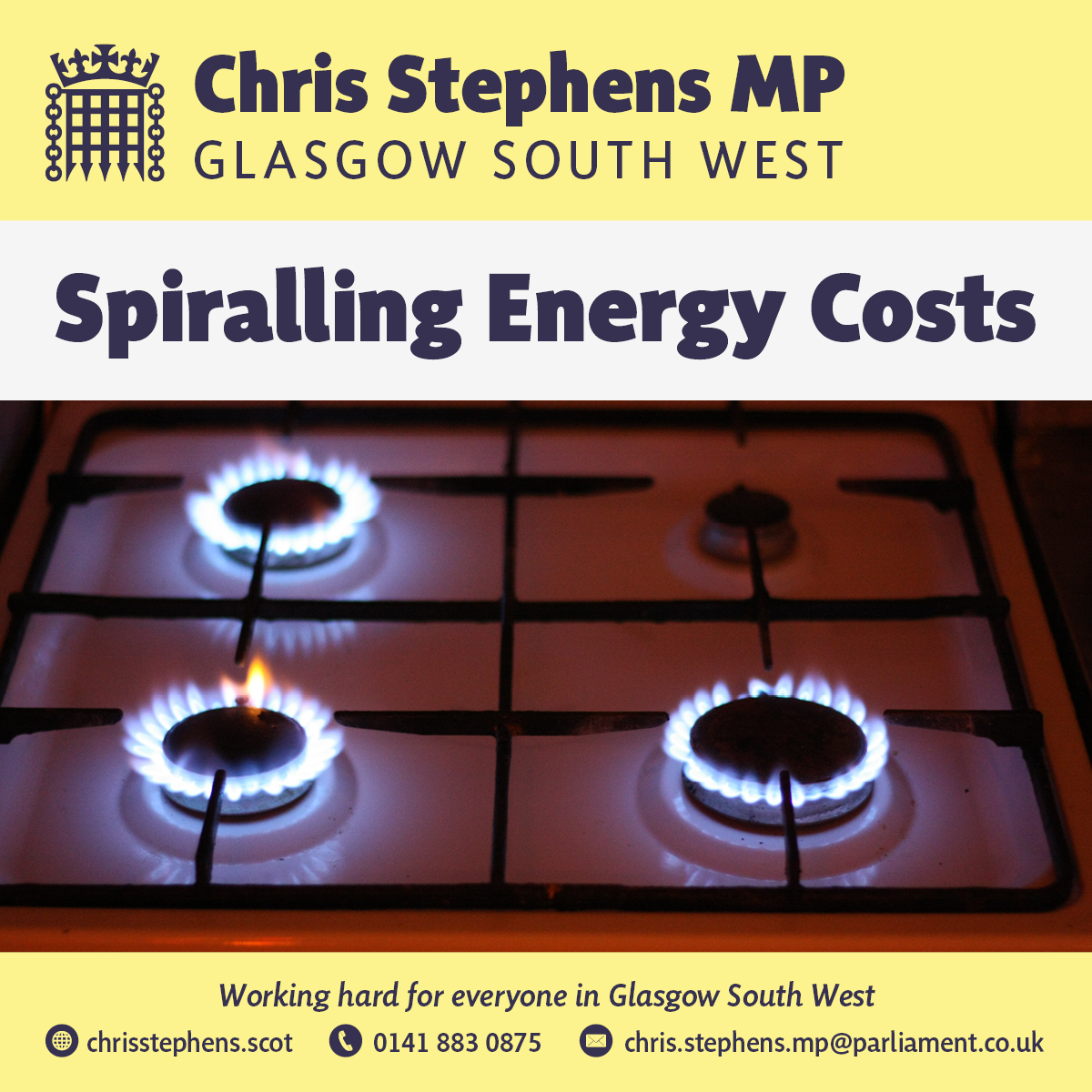 The Glasgow South West MP has called on the UK government to:

A recent study found that 72.8% of those living in Scotland will fall into fuel poverty by January 2023 without further action from the UK government.

The SNP Scottish Government is using its limited powers to extend eligibility for and increase the Scottish Child Payment, carry out an emergency budget review to identify any further opportunities to redirect additional resources to those most in need, and is looking at what options are available to the devolved government for regulatory action to limit increases in costs for households and businesses.

“For as long as the UK government fails to act, Scotland’s need for independence grows. Only with the full powers of independence can we properly support households and businesses in Scotland, and escape Westminster control for good.”