This is my speech in responses to the Queen’s Speech. A speech that yet again failed to deliver an Employment Bill, failed to ban the abhorrent fire or rehire, nothing to deliver a real living wage, remove age discrimination, address pay gaps, tackle the cost-of-living crisis and brough more broken promises with the failure to extend redundancy protections for women and new parents.

It also highlighted the stark contrast between Scotland and the UK Government. In Scotland, we elect refugees to public office in the form of the great Roza Salih, on the Tory benches they seek to demonise them with anti-immigration rhetoric. 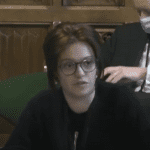 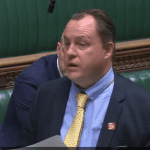