Introduction of My Workers’ (Definition and Rights) Bill. 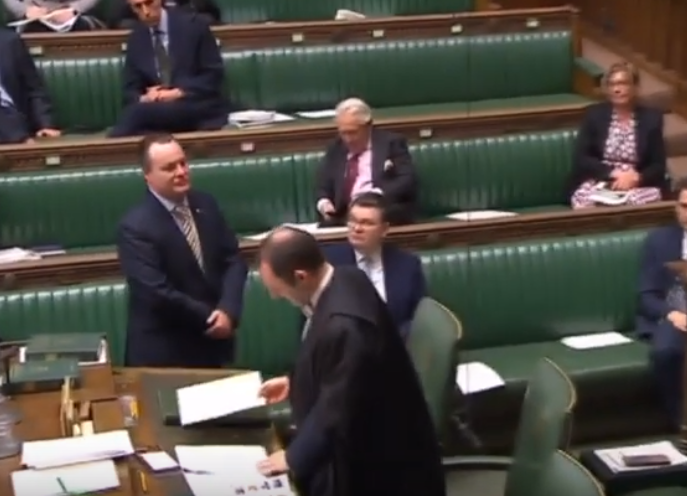 Yesterday, I introduced a Workers (Definition and Rights) Bill, a Bill that I first introduced in the last session which unfortunately did not get to second reading.

It is time to refine the current definitions of a worker, in the light of recent Supreme Court judgments, and to provide greater protection from day one of a person’s employment, eliminating zero-hours contracts and giving greater protection to those in precarious work, such as—but not exclusively—those working in the hospitality sector.

We have seen successive UK Governments have clung to the supremacy of the market over workers’ rights. However, all the evidence shows that a healthy economy values workers, and that achieving the correct balance between profit and reward is the best way to secure long-term growth instead of short-term profit.

Many voices are now challenging the sheer scale of the exploitation and poor working practices which all age groups experience, but which often hit younger people the hardest.

I want to thank the Scottish Trades Union Congress, the TUC, Feeding Britain, and the Better than Zero campaign for providing me with examples that explain why the Bill is necessary, and why we require a debate on giving working people greater protection.

Increasingly we are receiving evidence around individuals on ZHCs who are being forced to the door of the food bank to supplement their low or volatile income. Not only is this promoting a message that work doesn’t pay, but ZHCs are also having the equally damaging impact of making Universal Credit…payments fluctuate and in turn pushing proud, resilient individuals to rely heavily on food banks.

As hours vary each week, or sometimes each day, on ZHCs there is often a delay with UC catching up on the hours worked and, in some cases, UC forecasts are being made on the previous month where hours worked are dramatically different. This represents the first domino to fall, with wildly unpredictable payments leading to rent arrears and the loss of other passported benefits. Housing associations have reported a rise in the number of tenants who are falling foul of ZHCs and its impact on the financial housing support they receive.”

Feeding Britain gives the example of Paul, of west Cheshire, who said:

“Zero-hour contracts are no good to anybody. You need at least 40 hours a week to be able to fend for yourself and pay the bills. My universal credit payments were different each month and I could not keep up with the bills. I had to use foodbanks and got into arrears with both my rent and my council tax. I am better off not working than working in this way.”​

According to the Living Wage Foundation an ‘insecurity premium’ hits those on unpredictable hours and low income the hardest. These are last minute changes which make planning and efficiency savings around other costs, such as childcare and travel, more troublesome.

It is claimed that some individuals have particular lifestyles suited to the flexibility of interchangeable working patterns, and where this works for an individual it should be within their gift to keep it this way.

However, the opposite is true and many are burdened by the inflexibility of contracts designed to provide flexibility—they put plans on hold, they miss out on important occasions, their ability to budget or forecast is removed or diminished, and they are paying more for the same services than others with a consistent employment routine.

Many live in fear that their commitment will be called into question or that they will be usurped by a fellow worker without the same commitments in life, who can take any shift, at any time, and in any place, without a second thought.

In other cases, individuals have travelled abroad, to visit family or attend bereavements, or have simply been out of the house and have stopped being offered shifts as they didn’t reply to their manager’s messages promptly enough. In many lines of work, often poorly paid, only ZHCs are available and employees feel trapped in the knowledge that they must be willing to drop everything, take last minute work and appease their employers to guarantee a future income stream.

It is time, therefore, to take on the false narrative about the modern world of work that suggests that 21st-century technology has created a different dynamic and that workers have to adapt to be more flexible and ​more open to different ways of working, leaving behind outdated notions of security and guaranteed reward. The clear implication is that full-time secure employment rights—a pension, clearly defined hours—are some sort of outdated 20th-century concept, instead of the peak of a hard-fought struggle to redress the balance between employer and employee or, at its most extreme, the exploiter and exploited.

It is time for a full debate about what fair work is and how it should be properly rewarded.

It is also time to address the issue of short-notice shift changes, which penalise workers. We as a society can no longer accept a worker reporting for work only to be advised either that they have no work that day or that they are expected to work longer hours than they had been advised only the day before. Employers who do that should face a penalty requiring them to meet the cost to the worker of transport and/or out-of-pocket or increased childcare costs.

The time has come to secure legislation that uses the court judgments to clarify the nature and status of workers today. We should not over-complicate the issue by pretending that the age-old struggle between labour and capital has magically vanished in a digital age.

There are those who consider that the crackdown on workers’ rights does not go far enough. They look fondly on 18th and 19th-century employment legislation such as the Master and Servant Acts, which were designed to discipline employees and repress the combination of workers in trade unions. I believe that those people are in a minority, however. If fairness is not nailed down in legislation and enforced, there will always be employers who push their advantage to the limit and beyond. The time has come for an Act of Parliament to address the issues of precarious work that bring misery to millions of people.

Second reading of the Workers (Defintion and Rights Bill) will take place on Friday 27 November 2020. 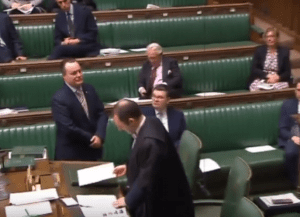