The Chancellor’s spending plans make it clear that the only way to protect Scotland’s families and escape austerity is with independence – after experts warned they could lead to £40bn of further austerity cuts.

Speaking in an online briefing session, the Director of the Institute for Fiscal Studies (IFS), Paul Johnson, said “if the Chancellor did want to aim for current budget balance he’d eventually need a 2% of national income fiscal tightening – about £40bn in today’s terms.”

He added that the public sector pay freeze seemed “driven by politics, not by economics or the need to spend money either equitably or efficiently” and that this was “no way either to spend public money or to treat public sector workers.”

The IFS also renewed calls for the UK government to make the Universal Credit increase permanent and if it is not going to do so then “it should say so explicitly and give people time to prepare” and avoid a “nasty shock.”

This is following repeated calls by myself and colleagues for the Tory government to make the £20 boost to Universal Credit and Working Tax Credits permanent – and extend that same support to legacy benefits – to prevent 4.5 million families losing out on £1000 per year and 700,000 people being plunged into poverty.

The COVID pandemic has been a devasting blow to the economy, affecting businesses and people’s jobs and livelihoods.  Yet we are stuck with a UK Government not able to rise to the scale of the crisis, and yesterday’s spending review will again needlessly hurt family incomes, inevitably delaying economic recovery.

I have been clear throughout this unprecedented health pandemic that key measures to prevent unemployment and unsure a strong economic recovery were needed. Yet instead we have a Government determined to slow recovery with cuts to public sector pay, an unwillingness to make the £20 uplift to Universal Credit permanent or extending it to legacy benefits, and fiscal stimulus which falls well short of the £98billion required.

The UK Government must not repeat the mistakes of the past, leading to soaring unemployment, and pushing millions into further hardship and poverty. It must instead commit to investment and strengthen public services, including increase welfare protections.

Sadly, though the Tories have repeatedly proven that this is not their priority, so the only way to protect the people of Scotland and escape another decade of austerity cuts is with the full fiscal powers of independence. 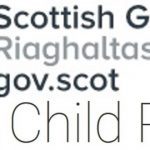 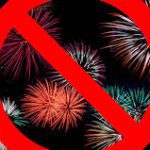