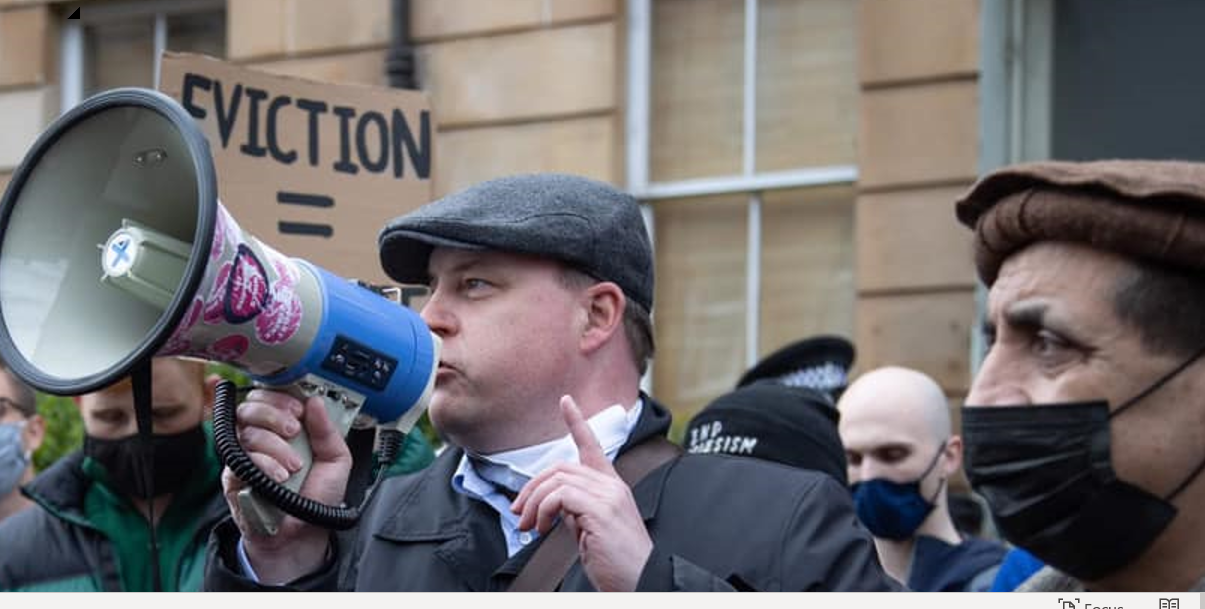 I was of the many protesters who joined fellow politicians, trade unions, refugee campaigners and many more Glaswegians and told the Home Office in stark terms, not in our name.

The operation by the UK Government border force in Pollokshields, in the heart of one of the biggest Muslim communities in Scotland, on Eid was simply unacceptable and was a callous demonstration of the hostile environment created by unfair and unjust UK Tory Government immigration policy over the last decade.

I was extremely pleased to learn that Police Scotland intervened and made sure that the two individuals who were detained as part of insensitive dawn raid were released back into their community.

Sadly, Immigration Policy remains reserved to Westminster, but it was right that Police Scotland took the action to legitimately intervene due to concerns around public safety and public health.

Let me be clear, although there has been a resolution, which I am thankful for, the protest we saw should not have needed to happen and I hope that the UK Government listens to the strong message being sent to them by the people of Glasgow that the hostile immigration environment is not welcome here in Scotland. 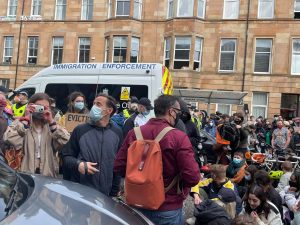 Earlier this year we heard reports in Glasgow of another “dawn raid’ taking place.

This repeated attempts by the Home Office are extremely concerning given that this practice was understood to have come to an end some years ago.

These practices and new proposals show the harsh reality of the Tories’ hostile environment. Their consistent attempts to roll back, or simply abandon human rights obligations and break international law are a disgrace. Sadly, putting hostility over humanity is now the norm for this Tory government.

Alongside my fellow SNP MPs in Glasgow we wrote a joint letter to the Home Secretary following the report of a dawn raid last month, underlining our total opposition to this practices and calling on the Home Secretary to end these raids.

Following this latest raid, it is a position we have again made clear on behalf of the people of Glasgow.

SNP MPs are also urgently seeking clarification as to whether this approach signals a change in policy by the UK Government and will stand up in Westminster against this and against the wider elements of the UK Government’s callous hostile environment approach to immigration and asylum.

I am also pleased to say I attended the rally against Dawn Raids in George Square on Saturday 1 May. 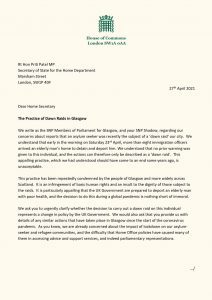 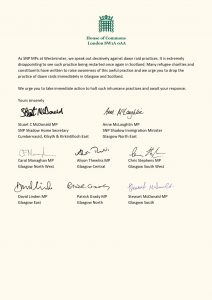