Last week budget has been overtaken by events, however on Monday I got the opportunity to give my response to that budget calling for action to address the Loan Charges Scandal and to give back the free TV licence to over 75s.

However, the big challenge facing us all right now, is of course, the Coronavirus pandemic and I have called on the Chancellor to take all appropriate steps to support the public during this anxious time.

Over the past few days many constituents in insecure work have contacted my office to say they have already seen their hours reduced and shifts cancelled. They are being advised by employers that there will be no work for them, as people are being discouraged from going into nightclubs, bars and restaurants. The work in this sector is traditionally low paid and precarious. I hope the Government will now look at the models introduced by Denmark and Norway to address those issues, and sit down with trade unions and business to come up with a financial model that ensures wages are maintained for those who are low paid and in precarious work, including those on zero-hour contracts. In particular, I hope the Government are considering, as Norway has done, issues relating to the self-employed and carers.

On statutory sick pay, I have been contacted by constituents who are alarmed that some employers, including some large multinational employers, do not pay company sick pay from day one. Some pay it on day four and some pay it on day seven, leaving the state to pick up the tab. Because of the different schemes by different employers, some individuals will find themselves receiving only statutory sick pay from day one, which is not topped up by employers and their particular sick schemes. That will lead to a situation where some people feel they will have to make a choice between public health and poverty, and their wages. The Government need to look at the rate of statutory sick pay. If there was a European league table, the UK would be either in the relegation zone or not too far away from it. The statutory sick pay of other European countries far outstrips what is on offer in the United Kingdom and they must address this.

On universal credit, we need to move away from an arrears-based system. The five-week wait needs to go now. The first payment should be the first payment. The DWP ​receives £50 million a month in advances returned from claimants. How much does that cost the Department to administrate and how much time are DWP staff taking on that when they could be processing online journals and other claims? There also should be no evictions for rent arrears during this period and that there should be no sanctions.

And, finally I am calling on the Treasury to consider, over the next few days and weeks, a people’s bailout. The amount of money the state had to spend on the bankers’ bailout will probably be similar to what it may have to spend to alleviate poverty and to get through the current crisis in the weeks ahead. 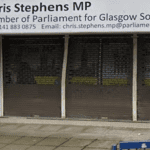 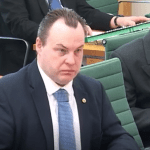