Parliament has now broken up for the Christmas recess, which allowed me to speak in the Adjournment Debate.

These debates are always a good opportunity for me to pay a personal thanks to my excellent office staff, who particularly this year has worked wonders supporting people across the constituency.

I also took this opportunity to put on record my thanks for so many of the local organisations who have stepped up during the pandemic with creativity and compassion, reaching out and supporting people in need across Glasgow South West. We all owe you a debt of gratitude.

This year has of course been dominated by COVID. It has been the unforeseen health crisis that has brought a great deal of sadness and loss. And, of course my thoughts are with anyone who has been affected by this horrible disease.

However, one crisis that we have seen coming for the last 12months is Brexit. Yet, with days left in 2020, we still do not know what kind of Brexit it will be, and it is quite ludicrous that we are going into recess not knowing whether we are coming back next week or the week after, or if at all, to debate a deal, or even prepare for the disastrous no deal. It is a shameful position to be in.

It is little wonder that for the 17th consecutive poll shows support for independence is ahead and support for the union at the lowest level. So, I took the opportunity to thank every single Government back bencher for their part in that campaign and SNP MPs will continue to expose their hypocrisy and contempt for the people of Scotland at every opportunity.

However, I will also continue to use my voice in Parliament to call for the Government to take action on some other important issues.

When I return after the New Year, I will continue to argue that the £20 uplift to Universal Credit is made permanent and extended to legacy benefits. As well as push for the DWP to replace Advanced Payments with non-repayable grants.

The Government must also take action to fix the gaps in Coronavirus support. It is not fair or just that nearly 3million self-employed sole trader and freelancers have thus far been Excluded from vital lifeline help.

We also have the ridiculous position of 1950s born WASPI women still waiting to be paid what they are owed, and the Government must now end this injustice.

I will also continue to be a champion in support of a fair and just immigration system which particularly nurtures and cares for our refugees and asylum seekers, who in many instances have already dealt with a great deal of trauma in their life and do not need a hostile Home Office environment adding to that ordeal. It is also not proper that a company like SERCO were given the contract to carry out asylum interviews by the UK Government without debate or discussion.

And, finally with a vaccine now being rolled-out across the UK, and several others in their final stages, we now must plan for a future after COVID with investment.  That is why the UK Government must end the public sector pay freeze. These workers have been the backbone during this pandemic, performing heroics, and it is morally unjust and economically unsound to continue with this policy. When public sector workers get their wages, they spend them in the private sector economy. If we are serious about helping the private sector along, I simply cannot fathom how a public sector pay freeze will help. 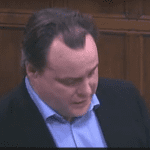 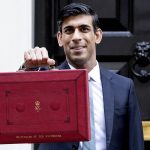